A Dietitian’s Path to HAES®

I think that it’s important to share stories of why individuals decided to adopt a Health at Every Size® approach.  This story is from Dana Sturtevant, a wonderful dietitian at Be Nourished.  It is reprinted with permission.

This week I thought I’d share how I came to Health at Every Size®. Early in my career, I worked as a “health research interventionist” at a fairly well known research center in the United States. Many of the studies I worked on focused on weight loss, and more specifically weight loss maintenance. Everyone that worked on the study, including me, believed we were promoting healthy lifestyles and NOT encouraging dieting behaviors. I think this is what most doctors and health care providers think when they recommend weight loss to a patient – “do it by being healthy, don’t diet.” But weight loss was a goal where I worked. We weighed people at every visit (often weekly), we encouraged participants to weigh daily at home, and we asked people to keep food records and count calories – all dieting behaviors. And if you looked at people’s food records, you would clearly see that they were dieting. They were eating as little as possible and/or eating the same thing every day because they knew the calories in those familiar foods. And if you talked to participants, they were clearly dieting. But no, we were promoting healthy lifestyles.

After working for five years with this philosophy, I started to think something wasn’t right. In meetings, I asked why we were focusing on weight since it didn’t seem to be helpful and may even be harmful. I recommended we shift our focus away from weight towards health. Because if our true intentions were to help people improve their health and reduce their risk of disease, then why did we have to focus on weight since people’s health improves with increased physical activity and healthier eating habits regardless of weight change, right?

They thought I was crazy and said things like. “That would never work,” and “People would never participate in something like that.” And yet when you looked at these researchers’ data, it was the same as EVERYONE else’s: people lose weight initially, but most, if not all, weight loss studies find that the majority of people regain the lost weight plus MORE if you follow up with them two to five years later. Studies that do not show weight regain often do not have long enough follow up periods. In 2007, Mann and others reviewed weight loss research to date and concluded, “The most consistent effect of weight loss at two years is weight gain.”

You all know the definition of insanity, right?

Doing the same thing over and over again, expecting different results.

The researchers I was working for had been using the same, six-month intervention for years, and their data was always the same. Instead of looking at the initial weight loss intervention as the problem, the group I worked for did what everyone else in our society does: they blamed the dieterand focused intervention efforts on how to help people keep the weight off by offering follow up coaching via telephone or the internet after the initial six-month weight loss program.

So after my recommendations fell on deaf ears, I decided to start my own private practice. It didn’t feel right to keep focusing on weight. I wanted to incorporate the mindfulness and self-acceptance practices of yoga to help people develop healthier relationships with themselves, food, and their bodies. This work really is all about relationships.

It was after starting my own business that I discovered Health at Every Size®, which is often referred to as the new peace movement. I was thrilled to find an entire community of people doing this work. And it has changed my life and my work in profound ways.

I also discovered the philosophy of Intuitive Eating, which is an approach developed by two dietitians, Evelyn Tribole and Elyse Resch, to help people heal from the side effects of chronic dieting. What they noticed in their work is that people who chronically diet and weight cycle experience a “diet backlash” – increased rigidity regarding good and bad foods, restriction leading to increased binge eating, reduction in trust of self with food, feelings about not “deserving” food, social withdrawal, and shortened duration of dieting episodes. This last one is something many dieters relate to – a person’s tolerance of dieting lessens with each attempt at weight loss. So while someone might be able to adhere to a “diet program” for six months or longer when they first start dieting, it becomes harder and harder to stay on a plan for six weeks, six days, and even six hours.

After years, dieters also develop a “diet mentality”, so that when they say “that’s it, I’m done with dieting. I’m just going to watch what I eat and try to eat healthy,” there is a mentality underneath it, which is basically the same thing as dieting:

– “Do I deserve it?”
– “If I eat a heavy food, I try to find a way to make up for it.”
– “I feel guilty when I eat heavy foods.”
– “I usually describe a day of dieting as either good or bad.”
– “I view food as the enemy.”
– “When it comes to exercise, I focus primarily on calories burned.”
– “I feel guilty if I miss a designated exercise day.”
– “The focus is on how many pounds lost, what I look like and what other people think of my weight.”
– “I believe it is all about good willpower and that I just haven’t tried hard enough.”

When I first read about this “diet mentality,” it changed everything! I realized that this was the very mentality of the participants in our “healthy lifestyle” research studies. So we can call it whatever we want to call it, but if the focus is on weight loss, people are dieting and dieting does not work.

For the last ten years, I’ve been working with people using the principles of Intuitive Eating and Health at Every size. And it feels SO much better! Here are some things I’ve discovered along the way:

– BMI was never created for, nor intended to be used to, measure an individual’s health. It was created to assess the collective weight of a population of men in the 19th century.

– Weight discrimination is as pervavise in this culture as race and gender discrimination and has increased by 66% in the last decade (Puhl, Andreyeva, & Brownell, 2008).

– The stigma of living in a larger body may be the main cause of the health problems we blame on high body weight – poor blood sugar control, high blood pressure, etc. (Yale Rudd Center)

– Physicians and family members are the most frequent sources of weight bias reported.

And lastly, the one I find most eye opening:

– We are prescribing for fat people what we diagnose as eating disorders in thin people – weigh daily, obsessively track your calories, chew gum when you are hungry, and exercise obsessively. You just have to watch “The Biggest Loser” to see a great example of this.

It has become obvious to me that the medical community has jumped on board with our society’s pursuit of the thin ideal. The dieting industry and weight loss researchers stand to lose billions of dollars if we shift the focus away from weight towards health. But continung to shame a population of people is not going to work. And I’m terrified for kids growing up during this “war on obesity.” Ellyn Satter, a child feeding expert, says that weight acceleration in childhood is “an Iatrogenic condition: it is caused by the cure.”

What I’ve decided is that you can’t help someone overcome weight stigma by delivering a weight-based intervention. Correlating weight with health and declaring a war on obesity isn’t good for anybody.

Everybody, and I mean EVERY body, benefits from good self-care. 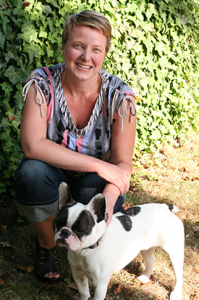 This entry was posted in Health at Every Size. Bookmark the permalink.