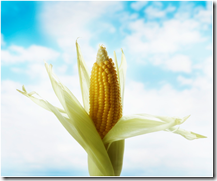 about high fructose corn syrup (HFCS) range from it being a natural sweetener that gives cookies a soft texture, bread a brown color and promotes freshness and stability in all food items, to an unnatural poison that is the primary cause of the obesity epidemic in the United States. The truth is probably somewhere in-between. Here are the facts so that you can decide for yourself.

High fructose corn syrup was introduced in the 1970s and today is used in many consumer food items, including many brands of bread, yogurt, soft drinks, fruit juices, jam, ketchup, cereal, soup and even meat products. Using HFCS instead of sucrose saves companies about one cent per ten teaspoons used, which is equivalent to about one 12 ounce can of soda. This, in addition to the long shelf life of HFCS, is the primary reason companies use HFCS to sweeten their products.

However, other trends must be considered as well, such as the increase in serving sizes, decrease in exercise, mass advertising of soft drink and fast food companies, and the implementation of vending machines in schools.

The USDA recommends that we limit added sugar of any form to 10 teaspoons (40 g) a day. This does not include the sugars found in milk, fruit and vegetables, of which Americans should be eating more. In 2000, Americans ate an average of 31 teaspoons of added sugar per day. Clearly, more research needs to be done on high fructose corn sugar. In the meantime, we need to cut down on the amount of added sugars we eat, high fructose corn syrup and other forms alike.

What are your thoughts and opinions on HFCS?

This entry was posted in Nutrition Info. Bookmark the permalink.